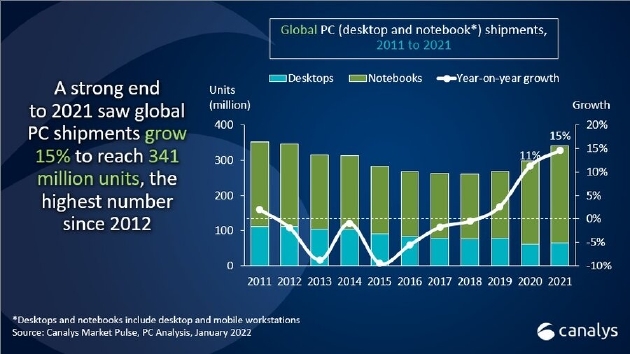 Although the fourth quarter has increased, the global PC market revenue increased by 11% year-on-year, reaching 70 billion US dollars; the annual yard increased by 15% to $ 250 billion.